A new report from the ASU Center for Violence Prevention and Community Safety and the Arizona Violent Death Reporting System details suicides in Arizona, examining the characteristics of the victims and the circumstances of their deaths. 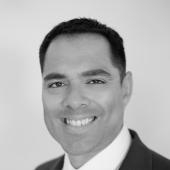