ASU is a top 100 university globally for research and teaching

Arizona State University has been recognized by Times Higher Education (THE) as one of the top 100 most powerful global universities for research and teaching. THE’s World Reputation Rankings employ the world’s largest invitation-only academic opinion survey to provide the definitive list of the top-ranked universities, based on the judgement of senior academics.

ASU was ranked in the 81-90 range and is the only university in Arizona to make the list. This is the highest placement ASU has received in the rankings.

The World Reputation Rankings are based on a survey conducted between January 2018 and March 2018 of 10,162 scholars from 138 countries across a variety of academic disciplines. It asked experienced, published scholars to identify, based on their personal beliefs and experiences, the top 15 universities in the world for research and teaching.

“At ASU, students have access to a rigorous academic experience, and faculty are supported in the pursuit of use-inspired research that tackles the big challenges we face in this country and around the world,” said ASU President Michael M. Crow. “This ranking is an acknowledgement of ASU’s global impact, made possible by our world-class faculty and curriculum, ground-breaking research endeavors and commitment to sharing knowledge on a global scale.”

THE’s website recognizes ASU as a prototype of the “New American University” and acknowledges its “most innovative university” ranking by U.S. News & World Report. ASU was highlighted for its 25 Guggenheim fellows, more than 10 National Academy of Sciences fellows, six Pulitzer prize winners and two Nobel laureates currently working on staff.

Harvard University once again took the top spot, joined by 43 other American institutions. THE noted in its analysis of the survey data that while Asia’s leading universities ranked highly, the majority of votes came from academics within the university’s home country. This is in contrast to United States, where votes from within and outside the country are fairly evenly split. For European universities, the majority of their votes came from outside the region.

The rankings and data collected in the survey will be considered when THE develops the World University Rankings for 2019, which will be released in September 2018. 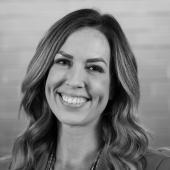