Every year, about 45 million Americans rely on contact lenses to see the world more clearly. This $2.7 billion U.S. market has made contact lenses more comfortable and disposable.  Every day, these plastic lenses are tossed away by consumers in various ways, perhaps without much thought to their ultimate environmental fate.

Now, Arizona State University scientists are reporting the first nationwide study that shows consumers, by discarding used lenses down the drain, may be unknowingly contributing to plastic pollution.

The ASU research team is presenting their results today at the 256th National Meeting & Exposition of the American Chemical Society (ACS), held in Boston from August 19-23rd.

The inspiration for this work first began from personal experience.

“I had worn glasses and contact lenses for most of my adult life,” said Rolf Halden, director of the Biodesign Institute’s Center for Environmental Health Engineering at ASU. “But I started to wonder, has anyone done research on what happens to these plastic lenses after their useful lifespan is over?”

Halden, Charles Rolsky and a third member of the team, Varun Kelkar began to investigate.

His team had already been working on plastic pollution research, and it was a startling wake-up call when they couldn’t find studies on what happens to contact lenses after use.

“Then, we began looking into the U.S. market and conducted a survey of contact lens wearers,” said Charles Rolsky, a Ph.D. student who is presenting the work. “We found that 15 to 20 percent of contact lens wearers are flushing the lenses down the sink or toilet.  “This is a pretty large number, considering roughly 45 million people in the U.S. alone wear contact lenses, amounting to 1.8-3.36 billion lenses flushed per year, or about 20-23 metric tonnes of wastewater-borne plastics annually.

They examined the fate of 13 different contact lens brands made from 9 different types of plastic polymers.

Lenses that are washed down the drain typically are conveyed to wastewater treatment plants. The study showed that wastewater plants fragment them into microplastics, which accumulate in sewage sludge. For about every 2 pounds of wastewater sludge, a pair of contact lenses typically can be found.

Sewage sludge is an abundant material routinely applied on land for sludge disposal and soil conditioning, thereby creating a pathway of macro- and microplastics from lenses to enter terrestrial ecosystems where potential adverse impacts are poorly understood, Halden said.

Entry of wastewater-borne contact lenses into aquatic environments also is a potential concern, although it was not directly observed in the study. However, it is known that run-off from sludge-amended soils can pollute surface waters. Fragmented contact lenses also may pass through the wastewater treatment plant to enter surface waters as microplastics contained in reclaimed water.

Aquatic organisms are known to mistake microplastics for food, introducing the indigestible plastics into long food chains. Some microplastics eventually can find their way into the human food supply, causing inadvertent uptake and unwanted human exposures to both the plastic polymer and a spectrum of environmental contaminants that tend to stick to the surface of plastics.

Analyzing what happens to contact lenses and lens fragments once emitted by wastewater treatment plants has been a challenge for researchers. First, contact lenses are transparent, which makes them difficult to observe in the complicated milieu of a wastewater treatment plant. Second, the unusual plastics used in contact lenses – a combination of poly(methylmethacrylate), silicones and fluoropolymers to create a soft material that allows oxygen to pass through the lens to the eye – are not routinely screened for environmental monitoring studies. Thus, pollution from contact lenses has avoided detection until now.

Also lacking is information on the biodegradability of contact lenses. To help address this question, the researchers exposed five polymers used in the manufacture of contact lenses to anaerobic and aerobic microorganisms present in biological wastewater treatment plants for varying times and analyzed them.

“Whereas the lenses survived treatment for extended periods of time, we found noticeable changes in the bonds of the contact lenses as a result of exposure to microbes,” says Kelkar. The team concluded that microbes in the wastewater treatment facility actually altered the surface of the contact lenses, weakening the bonds in the plastic polymers and promoting their disintegration into microplastics.

“When the lens plastic loses some of its structural strength, it will break down physically. This leads to smaller plastic particles which ultimately will lead to the formation of microplastics,” said Kelkar.

These kinds of microplastics are becoming an increasing burden on the planet, and may contribute to the large gyres of plastic debris that swirl about the world’s oceans.

By calling attention to this first-of-its-kind research, the team hopes that industry will take note. Currently, manufacturers do not provide consumers with any information on the best environmentally friendly way to dispose of contact lenses after use.

Motivated by the study findings, the researchers have begun to reach out to manufacturers to limit unwanted pollution from contact lens disposal.

Halden mentions, “A simple first step would be for manufacturers to provide on product packaging, information on how to properly dispose of contact lenses, which is simply by placing them in the trash with other solid waste. A desirable long-term outcome would be to create lenses from polymers that are fine-tuned to be inert during use but labile and degradable when escaping into the environment.”

About ACS
The American Chemical Society, the world’s largest scientific society, is a not-for-profit organization chartered by the U.S. Congress. ACS is a global leader in providing access to chemistry-related information and research through its multiple databases, peer-reviewed journals and scientific conferences. 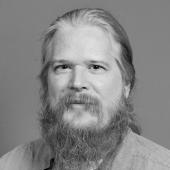