Home / Press releases / Coming advance in technology will improve computer-to-computer communication; despite the hype, it's not consumer-centric

Coming advance in technology will improve computer-to-computer communication; despite the hype, it's not consumer-centric 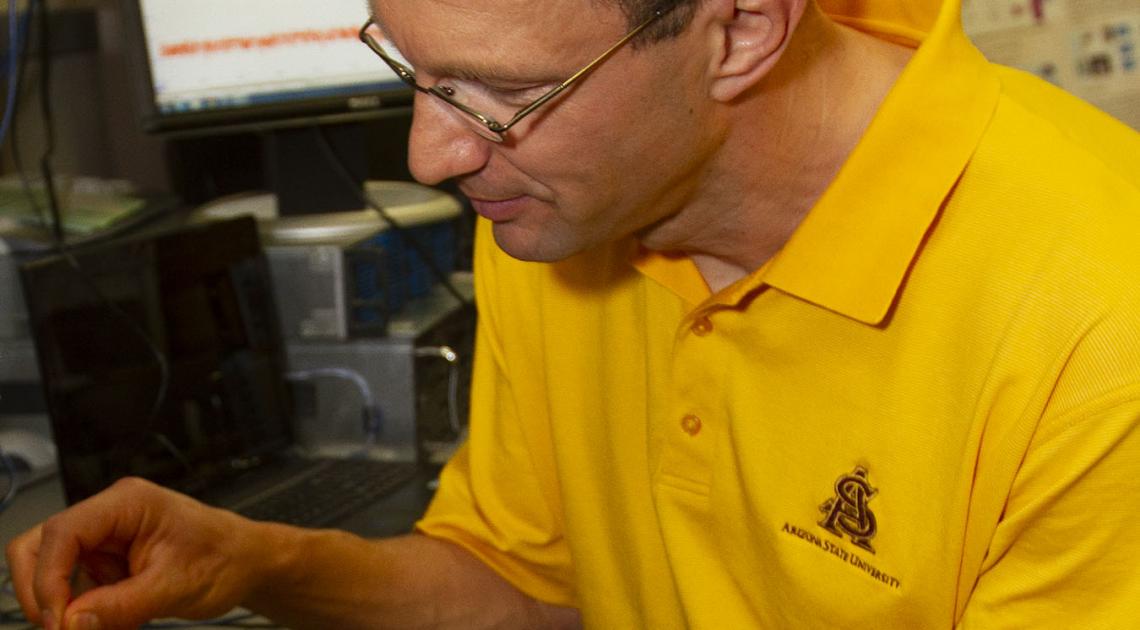 Martin Reisslein, an Arizona State University electrical and systems engineering professor, is researching 5G technology that will be a major component of the next industrial revolution. Photo by Jessica Hochreiter/ASU.
February 18, 2019
Share:

Is 5G going to be so amazing that people will love their phones even more than they do now? And, more importantly, exactly what does 5G mean, and why is everyone so excited about it?

“It’s primarily for machines, and it’s for machines interacting with humans,” said Martin Reisslein, an expert in communication networks and a professor in the School of Electrical, Computer and Energy Engineering at Arizona State University. “It’s really not what you think, primarily. It’s also much more than what you think.”

One problem is the telecom companies are telling tall tales like a bunch of cowboys around a campfire. It’s so bad Sprint filed a lawsuit against AT&T earlier this month, on the grounds that AT&T is claiming its 5G services are more technologically advanced. So one company is saying its unicorn is better than the other’s unicorn.

What 5G will enable is a decrease in latency. It’s the time interval between stimulation and response.

“It’s not about bringing the bit rate or the throughput up,” Reisslein said. “The more important thing is to bring down the latencies. … It’s not about the number they say you get in the Qwest or Cox ads — (like) ‘lightning-fast Internet!’”

“A fringe population will benefit: gamers that are playing games where each millisecond matters,” Reisslein said. “Those people will see a difference. For us ordinary folks, it will not make a difference in our consumer behavior, but it will make a difference in the way new technologies are enabled.” Autonomous vehicles will need 5G, for instance.

“If you think of a street crossing and you’re going down at 45-50 miles an hour, you have to have very close, tight interactions,” Reisslein said. “There is no time to spare for interactions. That is what 5G is about.”

So, 5G will be used by a lot of things that haven’t arrived yet. The flying cars that are set to appear in the 2020s will use 5G. So will smart cities, and other cyberphysical systems with brand-new dimensions — basically anything where you can’t afford any kind of a lag. Machine-human interactions like remote surgery and robotic prostheses will require 5G.